I left for Pune on 10th December to join in the celebrations in honour of Guruji’s 90th birthday, followed by a birthday tour of South India, before settling down to 6 weeks of yoga classes at the Institute. Over the course of 3 days we were treated to presentations of music, dance, theatre and, most memorably, a yoga demonstration of 90 poses by children, some of them with learning difficulties, which was truly heart-warming and delighted Guruji.

On his actual birthday, 14th December, the celebrations culminated in an evening of felicitations followed by a celebratory buffet dinner, in the beautiful open-air setting of Govinda Gardens on the edge of Pune where, as dusk fell, the trees slowly lit up and Guruji walked down the red carpet in flowing white robes to a resonant chant of OM OM OM from the vast audience, which reverberated in the warm evening air. Most of us managed to hold back the tears until Guruji stepped up to the microphone and started with “My children, I love you all.” He said although he doesn’t know how much longer he has on Earth, he could be guilty of Raga/Attachment because he is so attached to us, his “children”.

He told his teachers that they have to take this gift of yoga, and polish it until it shines like the pole star which we must carry on without him through the Millennium, which left me with an imminent sense of loss and an overwhelming sense of responsibility. There followed a 5-day trip of South India, including Bangalore and Mysore, with 275 teachers and students from all over the world, escorted by Guruji. We visited beautiful temples and Mysore Palace, and the highlight was a full-day visit to his native village Bellur, where we were honoured with a welcome from the villagers which will live with me for ever.

Many of my colleagues, students and friends have generously donated during 2008 to the £342 birthday present which I handed to Guruji for the Bellur Trust, which has so far funded the provision of fresh water for this formerly impoverished village, and the building of a Hospital, a High School, and the first Patanjali Temple in the world. The current project is a Community Hall. The following photographs tell the story of my visit to Bellur and show the results of worldwide generosity, which Guruji gratefully acknowledged at the Puja in his honour. 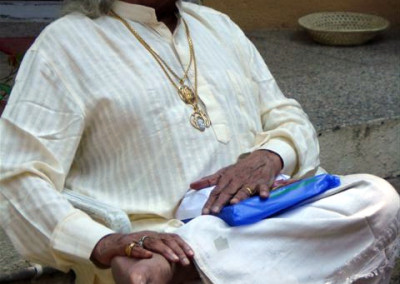 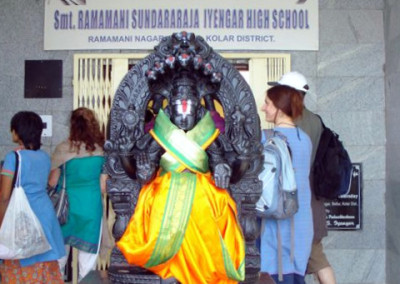 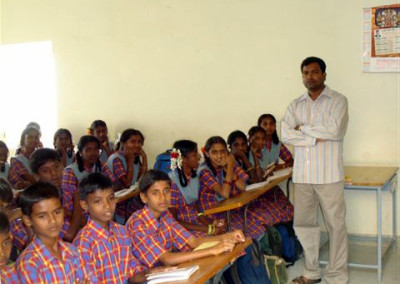 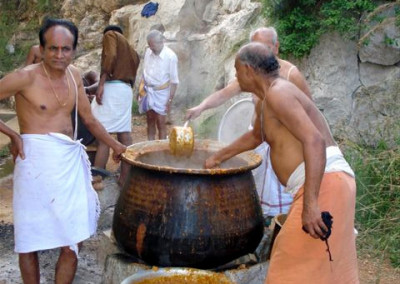 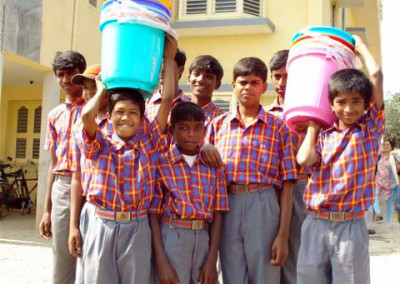 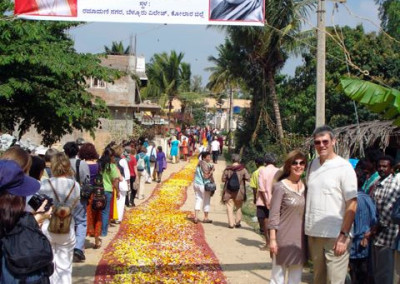 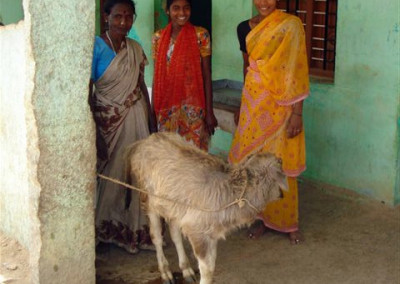 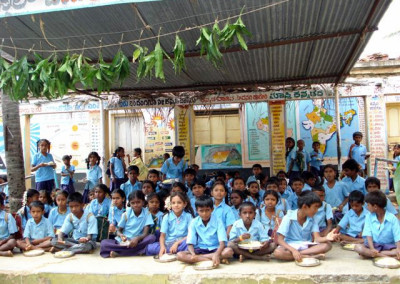 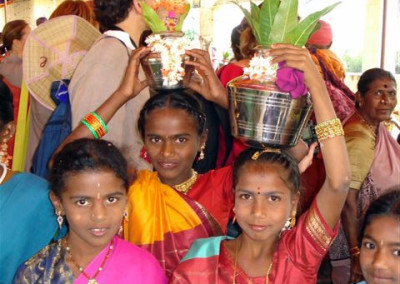 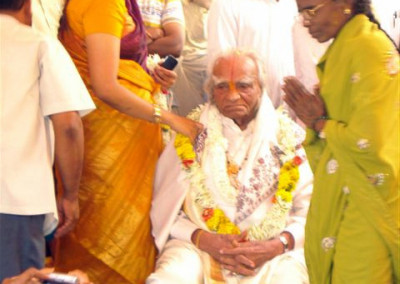 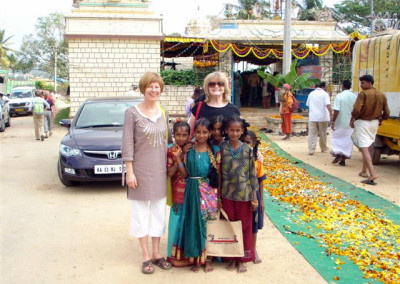 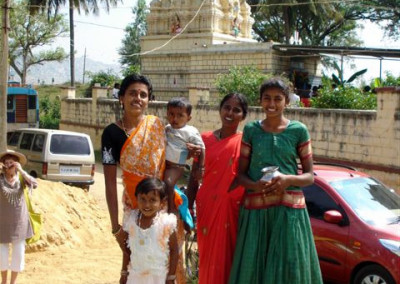 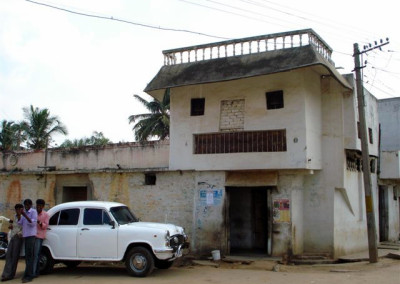 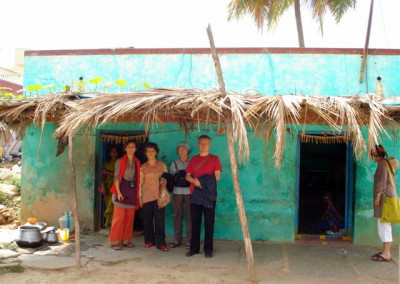 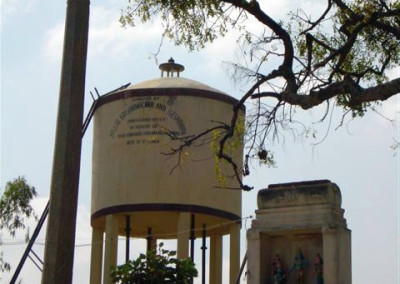 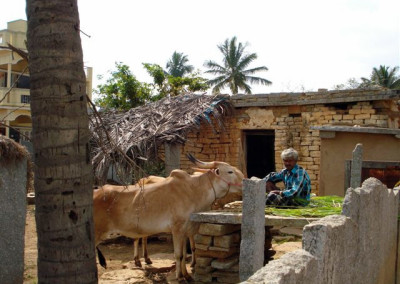 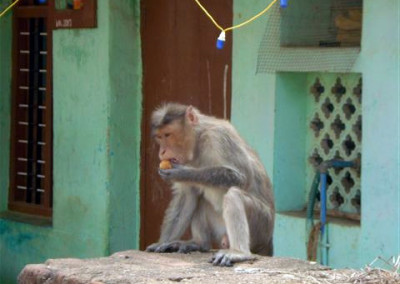 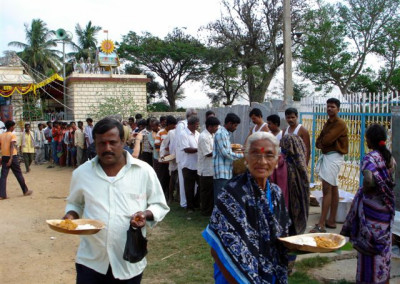 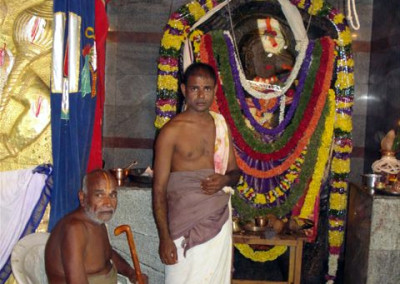